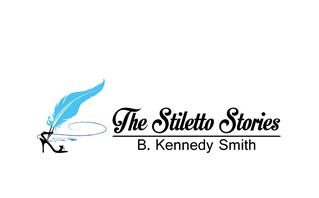 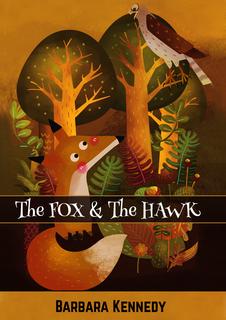 Yikes! Buzzard! Fox raced to her nearby foxhole.

Moments later, she peeked out and the big bird was gone. She wiped her brow with her trembling paw. That was close!

But before she knew it, Fox was grabbed by the nape of her neck and lifted off her feet, up into the air, crying, “Help! Help! Let me go, let me go!”

And the Hawk released her—onto a low-lying branch of a tree, where he knew she would be safe.

“Ow, ow, my neck…” complained Fox, annoyed. Why was she suddenly up a tree? What was Hawk thinking, grabbing a fox that way?

“The Fox and the Hawk,” can be read on two different levels: by children, who will see some of the differences right away, mostly physical, but also the plate of worms Fox offered Hawk. Fox just assumed that Hawk would eat worms—don’t all birds eat worms for breakfast? Young readers mostly want everyone to get along. So they are somewhat relieved when Fox returns with a plate of bugs and berries; it shows kindness, understanding and resilience. Young adults and adults will see the deeper meaning and universal struggle for connection despite preconceived notions, irrational fears, language barriers, adaptability and trust issues. A non political cultural diversity piece for all ages.

Thousands of years ago, the visionary Isaiah dreamed of a time when even the Lion would dwell peacefully with the Lamb. Many odd friendships have developed between members of divergent species—a Cow and a Rabbit, a Mountain Lion and a Mule Deer, a Crow and a Sheep. It is not at all improbable that occasionally a particular Fox and a particular Hawk might meet up and become friends…

On a sunny morning on a small cattle ranch along the southern border, all was quiet until a sudden burst of activity broke out between some rail corrals and a wooden wishing well.  Fox had been lolling there in the sun, belly up, her nose twitching, as ribbons of dust floated by. Then a very large shadow passed overhead, the darkness sudden, as an enormous winged apparition hovered, blocking the sun like a giant storm cloud. 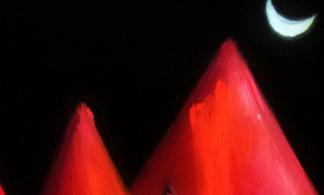 The Fox & The Hawk